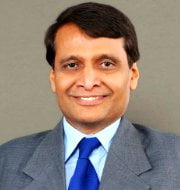 This online system for redressal of service related grievance will help to achieve Union Railway Ministry’s emphasis on the importance of its manpower. Indian Railways is the single biggest civilian employer in the country and has workforce of over 1.3 million people.