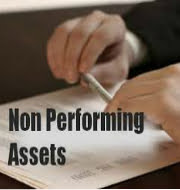 The Union Cabinet has cleared an ordinance that seeks to amend the Banking Regulation Act to give more powers to Reserve Bank of India to deal with non-performing assets (NPAs) in the banking sector. The ordinance has been sent to the President for assent.
Amendments will empower RBI to act against loan defaulters and defaulting companies under the bankruptcy code. Amendments will enable RBI to set up multiple oversight committees to deal with NPAs. Amendments will be made to make sure that bankers opting for resolution of bad debts are ring-fenced from any regulatory backlash.

The ordinance would empower RBI to speed up the NPA resolution process. The NPAs would be resolved faster as the bankruptcy code provides for a time-bound winding up of companies and recovery of secured loans. The RBI and the government have already made ready a list of 50 top loan defaulters against whom action can be initiated. Those corporate borrowers who have diverted loans taken for specific purposes are expected to be first brought under the scanner.

The assets of the banks which don’t perform (that is – don’t bring any return) are called Non Performing Assets (NPA) or bad loans. If customers don’t pay either interest or part of principal or both, the loan turns into bad loan. According to RBI, terms loans on which interest or instalment of principal remains overdue for a period of more than 90 days from the end of a particular quarter are termed as a Non-performing Asset.
The menace of NPAs has been rising in the banking sector. As per the finance ministry data, the gross NPAs of the Scheduled commercial banks’ is Rs 9.64 lakh crore as on December 31, 2016. The menace of NPAs is more in State-owned banks than in the Private banks. It has been estimated that the state-owned banks had written off Rs 1.14 lakh crore of bad loans between 2013 and 2015. The gross NPAs of the private sector banks have also increased to Rs 70,321 crore by December 31, 2016, from Rs 48,380 crore as on March 31, 2016.