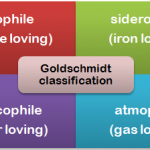 Union Ministry of Sports will set up 20 National Centres of Excellence (NCE) to groom athletes for 2024 Paris and 2028 Los Angeles Olympics. This is the first-of-its-kind move, with top-of-the-line coaches will be training athletes in developmental group keeping upcoming Olympics in mind.

As per Union Minister for Youth Affairs and Sports Kiren Rijiju, the standardising training on campuses will enable athletes to attain much higher performances in their respective sport.

About National Centres of Excellence (NCE)

The new scheme will have the distinction of having a single scheme running in them for elite athletes. Therefore, this would end differentiation in training and other facilities between athletes within same campus.

Unlike earlier set-up of having various schemes running in same Sports Authority of India (SAI) regional centres that leads to separate training, diet and kitting to athletes, this new scheme will ensure that athletes in same premises have access to similar facilities.

While the NCE will be reserved for athletes training for Olympics, grassroot level athletes will be trained at other SAI facilities and they will be moved to NCE depending on performance and possibility of an Olympic medal. Thus, the two-tier training system will ensure that at both levels athletes get focused training.

Each Centre of Excellence will offer funds for 4-6 specific sports.