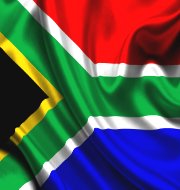 South African city of Durban has been selected as the host for the 22nd edition of Commonwealth Games to be held in 2022.
For the first time in the history of Commonwealth Games, African nation has been chosen as host of the Games.
The city was chosen by the Federation’s general assembly in New Zealand as it was the only bidder for the multi-sports event. It was lone bidder after Canadian city Edmonton withdrew from contention race in February 2015 over the economic slowdown in Canada.
22nd Commonwealth Games would be held from 18 to 30 July 2022. The opening ceremony will be held on the birth date of the late South African President and Anti-apartheid leader Nelson Mandela.
Note: Australian City of Gold Coast is hosting 21st edition of Commonwealth Games to be held in 2018.