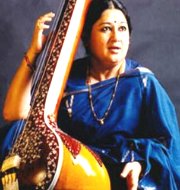 Singer Shubha Mudgal has been selected for the prestigious the 23rd Rajiv Gandhi National Sadbhavana Award 2016.
She will be bestowed with this award for her outstanding contribution towards the promotion of communal harmony, peace and goodwill.