Scientists identify key peptide to develop a vaccine for leptospirosis 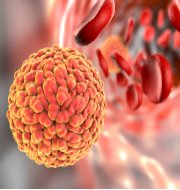 Researchers from Gujarat Biotechnology Research Centre, Gandhinagar have successfully identified key peptide that can be used to develop a new preventive vaccine against leptospirosis. In their study, researchers had identified peptide sequences that could bind to vaccine for long-lasting immune response.

The researchers had used bioinformatics (computational biology analysis) approach to study whole protein set of bacteria Leptospira interrogans key peptide and narrowed search down to one effective immunogenic protein. This protein was found to be present in almost all serovars (different types within species) of bacteria and can be effective vaccine candidate against most serovars. They had predicted antigenicity of peptide i.e. ability to bind to antibody present on T cells and B cells for inducing immune response.
Among these proteins, they had further searched to identify outer membrane proteins as these are known to play important roles in interaction between bacteria and their host. Then they looked for sites on human T cells and B cells where antigen could bind. The identification of target sites is key step in vaccine design.

Leptospirosis is an emerging tropical infectious bacterial disease that affects humans and animals. It caused by corkscrew-shaped bacteria called Leptospira. It causes almost 60,000 deaths every year, globally. The bacteria can be transmitted via exposure to contaminated water or soil or direct contact with reservoirs hosts like wild or domestic animals. In humans, it can cause a wide range of symptoms such as mild headaches, muscle pains, and fevers to severe with bleeding from the lungs or meningitis. Currently there is no preventive vaccine for humans that are available in market.