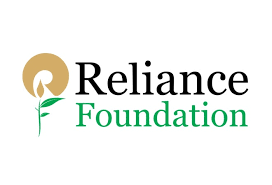 Reliance Foundation has stated that it has partnered US Agency for International Development (USAID) to launch the W-GDP Women Connect Challenge across India this year with an aim to bridge the gender digital divide in the country.

The Women’s Global Development and Prosperity (W-GDP) challenge supports private sector-led approaches that close the gender digital divide, expand business opportunities and empower women. It was created to source and scale the most innovative programs to advance the economic empowerment of women. W-GDP was established by the US Government in February 2019 as the first whole-of-government approach to women’s economic empowerment. It seeks to reach 50 million women in the developing world by 2025 by focusing on three pillars – Women Prospering in the Workforce, Women Succeeding as Entrepreneurs and Women Enabled in the Economy. This program reached 12 million women across the globe in the very first year of its inception.

Regarding the Women Connect Challenge

It is an independent agency of the United States Federal Government that is responsible for administering civilian foreign aid and development assistance. It is one of the largest official aid agencies in the world and accounts for more than half of all US Foreign assistance – the highest in the world in terms of absolute dollar income. The programs supported by the USAID are authorized by Congress in the Foreign Assistance Act.