Quick Facts: What is CTRL-Labs? Why Facebook is acquiring it? 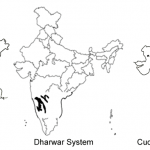 On 23rd September, 2019, Facebook announced that it will acquire CTRL – Labs, a tech company that makes wrist bands capable of reading minds. The band can transmit electrical signals from brain into computers as digital input. The deal is worth approximately, from 500 million USD to 1 billion USD. This is the most substantial acquisition of Facebook after its acquisition of virtual reality company Occulus on a deal of 2 billion USD in 2014.

What is CTRL – Labs?

CTRL – labs is a start up looking to guide computers with the help of brain signals without using hands. The lab is working on brain science, machine learning and intends to create interfaces for people to control and manipulate the digital gadgets just by thinking.

What is CTRL – Labs’s wrist band?

The flagship product of CTRL – labs is a wrist worn device. It measures neuron activity in the brain and imitates the same motion on computer screen. This device does not read minds. However, it is capable of acquiring signals from brain and electrical impulses that come from muscle cells. In lay man terms the company says that one need not move his hand to move the hand on the screen. He just has to think about moving his arms.

The acquisition eludes the company’s Building 8 initiative. Building 8 is a secretive research group. Regina Dugan, the leader of Building 8 announced it in 2017. Under the initiative Facebook had been working on non – invasive sensors that will help people communicate. The goal of the initiative is to let users type 100 words a minute using their minds alone. But not everything wandering in the brain, only specific information that it intends to convey.

Apart from Building 8 initiative Facebook also wants to build new ways to interact with computers. Bottom line, Facebook is on the verge of integrating online and offline lives.

How does the band work?

The band leverages EMG to translate mental thought processes into action. EMG is Electrodiagnostic medicine technique to record and evaluate electrical activity in skeletal muscles. The band contains 16 electrodes to monitor electrical signals from motor neuron. The device detects the firing of a neuron at its axon which is called action potential. This puts the device above other wearable devices as they use EEG to measure electrical activity of the brain.

The Facebook has recently signed a deal to buy renewable energy in India from a local firm called Cl...

The personal data of more than 533 million Facebook users has been leaked online recently. The expos...

The parliament of Australia has passed the landmark legislation called the “News Media and Digital...