Plea on Food for All to be heard in Supreme Court 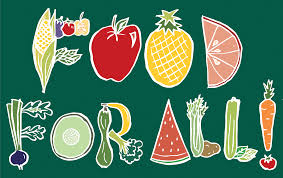 The Indian Supreme Court is currently evaluating a petition which requests the government to frame a law which will aim to provide food to the entire Indian population.

Status of Food Security in India

Will community kitchens work in India?

The concept of community kitchens is well established in India.

The Amma Unavagam, in particular, has achieved great success as it involves several people in self-help groups, and provides employment to the poor who serve hygienic food which mitigates hunger on the streets.