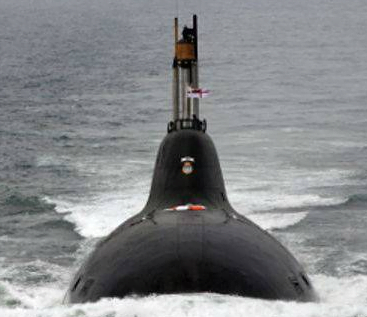 During deterrence patrol, a nuclear submarine carries nuclear missiles on board, where command and control protocols for its operations are fully tested by its crew. The term deterrence patrol is meant to deter an adversary from launching a first nuclear-strike since SSBN (Ship Submersible Ballistic Nuclear) can launch retaliatory strike within minutes. With this, India completed its survivable nuclear triad by adding maritime strike capability to land and air-based delivery platforms for nuclear weapons. It makes India sixth country — after US, Russia, UK, France and China — to have fully operational nuclear triad.

INS Arihant is India’s first indigenously-designed, developed and manufactured nuclear-powered ballistic missile submarine, and three more such submarines are reportedly under various stages of construction. It was designed in 1990s and its development project was officially acknowledged in 1998. Its design is based on the Russian Akula-1 class submarine.
It was launched in 2009 and its nuclear reactor went critical in 2013 and it was commissioned in 2016. It is strategic asset developed for over two decades with Russia’s help under Advanced Technology Vessel (ATV) programme, which comes directly under Nuclear Command Authority headed by the Prime Minister.
INS Arihant is 6,000-tonne submarine with length of 110 metres and breadth of 11 metres. It is powered by 83 MW pressurised light water nuclear reactor with enriched uranium fuel. It can carry 12 Sagarika K 15 submarine launched ballistic missiles (SLBMs) having range of over 700 km.
As it powered by nuclear reactor it can function submerged for months without having to surface. This feature allows it to travel further and with greater stealth capability. It assures second strike capability to India i.e. capability to strike back after being hit by nuclear weapons first. In case of India, second strike capability is important as it had committed to ‘No-First-Use’ policy as part of its nuclear doctrine.