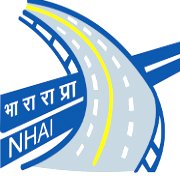 The National Highways Authority of India (NHAI) has signed agreement for upgradation of Yagyi – Kalewa section of highway in Myanmar to two lane with earthen shoulder. This project is part of India-Myanmar-Thailand (IMT) Trilateral Highway and will be NHAI’s first international project.

The project aims to provide seamless vehicular movement for enhancing trade, business, health, education and tourism between Indian, Myanmar and Thailand. It is being funded by Ministry of External Affairs, India and will be executed on Engineering, Procurement and Construction (EPC) mode at a cost of Rs.1177 crores.
The project will have 3 new major bridges and 2 new minor bridges.  Its existing 4 major bridges and 9 minor bridges will be repaired and strengthened and  6 existing minor bridges will be reconstructed. The Yagyi – Kalewa  stretch will have 6 truck lay byes, 20 bus bays and passenger shelters and 1 rest area. The project will be executed and completed in three years.

The IMT Trilateral Highway is regional highway being constructed under India’s Act East policy to boost connectivity in the region. It will connect Moreh in India with Mae Sot, Thailand via Myanmar. The highway is expected to boost trade and commerce in ASEAN–India Free Trade Area, as well as with rest of Southeast Asia.

NHAI is an autonomous statutory agency of Central Government, responsible for management of network of over 70,000 km of national highways in India. It was established through NHAI Act, 1988. In February 1995, it was formally made an autonomous body. It is nodal agency of Ministry of Road Transport and Highways. It is responsible for the development, management, operation and maintenance of National Highways.