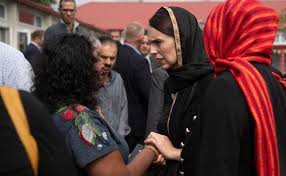 New Zealand Prime Minister Jacinda Ardern has vowed that she will use all in her power to deny the mosque gunman any platform for presenting his racist views. The white supremacist suspect Brenton Harrison Tarrant who is an Australian is accused of killing of 50 people at two different mosques in the city of Christchurch, New Zealand. The authorities had found a long manifesto filled with anti-Muslim and anti-immigrant thoughts.

The development came after the gunman dismissed his lawyer and instead had opted to represent himself at the trial. PM said, “I agree that it is absolutely something that we need to acknowledge and do what we can to prevent the notoriety that this individual seeks. He obviously has a range of reasons for committing this atrocious terrorist attack. Lifting his profile was one of them. And that’s something that we can absolutely deny him.”

The Prime Minister, however, did not mention if the trial will be behind closed doors as it was not her decision but she did state that she will not be taking the name of the suspect and that he will have to face the full force of law in New Zealand.

The horrendous desires of the gunman had been confirmed by his convoluted 87-page manifesto which he had left behind before carrying out the attack and had later live-streamed the video of the attack at Al Noor mosque. The video had led to huge revulsion and condemnation by lawmakers and the public. Facebook had said that it had taken off 1.5 million videos of the shootings within the first 24 hours of the massacre. PM Ardern, however, expressed her frustration on Tuesday stating that the video still remained online even after four days of the attack. She told the media that “we have been in contact with Facebook; they have given us updates on their efforts to have it removed, but as I say it’s our view that it cannot-should not- be distributed, available, able to be viewed. It is horrendous and while they’ve given us those assurances, ultimately the responsibility does sit with them”.

Ardern has spoken to the Chief Operating Officer of Facebook, Sheryl Sandberg on the issue and also spoken to the British PM Theresa May about the significance of the global effort to come to strongly against the distribution of such content online. Australian PM has asked the world leaders to stage a major crackdown on social media firms which broadcast such attacks.