Every year on April 26, the International Chernobyl Disaster Remembrance Day is being observed. The day was proclaimed by the United Nations and was first observed in 2016. Highlights The International Chernobyl Disaster Remembrance Day was first observed on the 30th anniversary of 1986 nuclear disaster. It is being marked to increase awareness about the ..

Top GKToday’s News Headlines-30 April 2020 UGC UGC releases guidelines for examinations and academic calendar for universities in the wake of the COVID-19 outbreak New academic session for freshers may begin in universities from September and for already enrolled students in August Exams for final semester students be conducted in July CWMA Cauvery Water Management .. 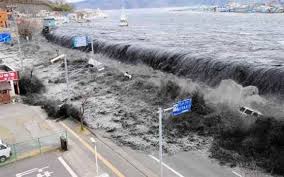 The Lock Down imposed in the country on March 22, 2020 has improved air quality and water quality. According to CPCB (Central Pollution Control Board), 40 million litres of waste water enters water bodies. The Ganges The water pollution of a river is measured based on Biological Oxygen Demand (BOD). The Ganga has become dump ..