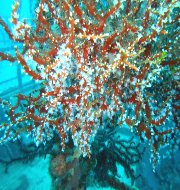 Great Barrier Reef in Australia’s eastern coast is experiencing an unprecedented second straight year of mass coral bleaching. This is for the first time Great Barrier Reef has bleached two years in sequence.
Earlier in March and April 2016, 2,300-km reef suffered had its most severe bleaching on record due to warming sea temperatures.

About the Great Barrier Reef

It is the biggest coral reef system in the world composed of over 2,900 individual reefs. It was recorded as a World Heritage site in 1981. The reef is located in the Coral Sea, north east of Australia and covers an area of approximately 348,000 sq km. It is credited as the world’s biggest single structure made by living organisms and is visible from the outer space.