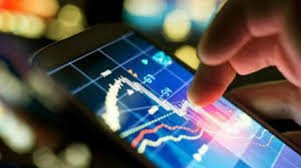 The policy will result in additional private sector investments worth US $2 billion for cloud industry as government is one of biggest creators and consumers of data. It will aim to generate 5 lakh jobs in next five years.
The policy is likely to be formally set in motion through detailed government resolution. In coming days, five to six top cloud service providers like Amazon or Microsoft will be empanelled for data storage onto cloud.
Under the policy framework, state government will make mandatory its various departments for storing data within country and to use public cloud in cases wherever Right to Information Act (RTI) is applicable. Later, it will also allow for enhanced security features for private and sensitive data to be stored on the cloud.

The State Cabinet headed by Chief Minister also had approved State Innovation and Start-up Policy. Its objective is to attract Rs.5,000 crore investments in development of incubation and start-ups. It will be applicable till 2022.
Under it, on an average three incubators in each of the 12 designated sectors and develop at least 2,000 start-ups will be established in next five years. It will result in development of at least 10 lakh sq ft of incubation space within the state. It will provide Rs.2,500 crore for youth entrepreneurship activities (1% of State Budget).
Under it, an establishment up to 5 years from date of its registration will be considered as start-up. Its annual turnover must be up to Rs. 25 crore. It should be based on innovative concept, innovative commercialisation of products and services or it can also be based on innovative production methods and processes.