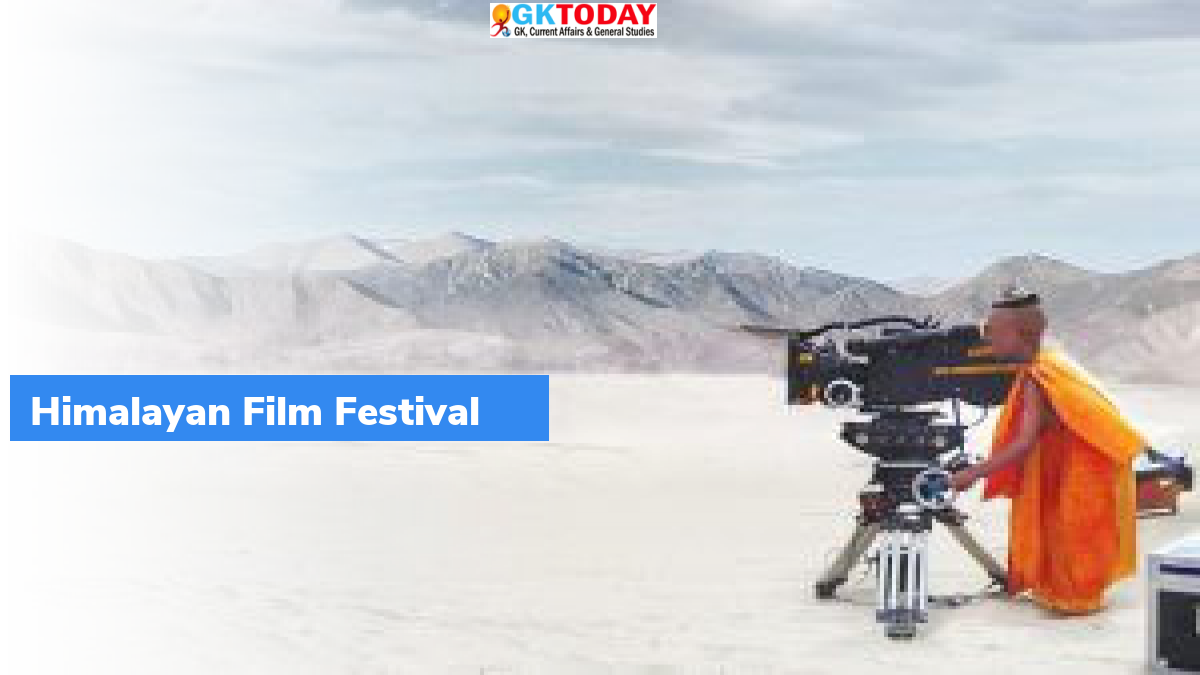 Leh is all set to host the first edition of the Himalayan Film Festival, which is starting from September 24, 2021.

Aim of the festival

The five-day festival is being organised with the aim of creating an interactive and exposure platform in order to promote aspiring local filmmakers as well as to showcase Ladakh as an attractive film destination.

Who is organising the festival?

This festival is being organised by Leh in association with the Directorate of Film Festivals under Union Ministry of Information and Broadcasting.

The film festival will be held at the Sindhu Sanskriti Kendra in Leh.

Himalayan region of India attracts filmmakers from worldwide due to its unique scenic endowment. Unique geography of this region is documented along with its indigenous people, occupations and traditional skills. Film festival thus presents an opportunity for local filmmakers in order to narrate their stories to a wider audience. Himalayan Film festival will also envision institutionalising of a Himalayan film fraternity, which will be having productive repercussions for filmmaking in the Himalayan region of India.