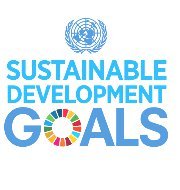 India Inc. became first in the world to formally adopt the United Nations’ (UN) agenda for the world’s sustainable development and 17 goals identified for its implementation.
It was formally adopted by the India Inc. at the 11th National Convention on Sustainable Development Goal (NCSDG) organized by the Global Compact Network in Mumbai.
Key facts

SDG aims at broadening the horizon for growth and transformation under the theme of people, planet and prosperity.   These goals succeeded 8 MDGs which were adopted in 2000 for fifteen years till 2015.
It has 17 non-binding goals with 169 specific targets that comprise different socio-economic issues to be implemented from 2015 to 2030. These goals are