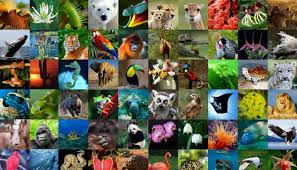 India was awarded certificate of commendation for its effort to combat illegal wildlife trade by Convention on International Trade in Endangered Species of Wild Fauna and Flora (CITES).
The award was given to Wildlife Crime Control Bureau (WCCB) for its efforts in conducting and coordinating species-specific wildlife enforcement operation, codenamed ‘Operation Save Kurma’. It recognises exemplary enforcement action of WCCB’s regional and global effort to combat illegal wildlife trade.

The operation was conducted to combat the proliferating illegal trade of live turtles and its parts from the country to destinations abroad. The operation was also aimed to invite attention of the enforcement agencies towards such illegal trade.
During the operation conducted from December 15, 2016 to January 30, 2017, approximately 16,000 live turtles and tortoises were seized and released back into the wild. WCCB had worked in close collaboration with regional law enforcement agencies of different states.

CITES is international agreement to regulate worldwide commercial trade in wild animal and plant species. Its aim is to ensure that international trade does not threaten the survival of the species in the wild.
It was drafted as a result of a resolution adopted in 1963 at a meeting of members of the International Union for Conservation of Nature (IUCN). It entered into force in July 1975. It is administered through United Nations Environment Programme (UNEP). It’s secretariat is located in Geneva (Switzerland).
CITES is legally binding on state parties to the convention, which are obliged to adopt their own domestic legislation to implement its goals.  Currently, 183 countries are signatory to the CITES.
It classifies plants and animals according to three categories, or appendices, based on how threatened. They are Appendix I: Appendix II and Appendix III species for banning and regulating their cross border trade. In addition CITES also restricts trade in items made from such plants and animals, such as food, clothing, medicine, and souvenirs.