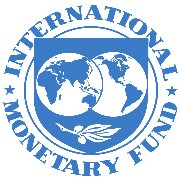 The International Monetary Fund in its regional economic outlook has predicted the growth rate of India as 7.2% in the 2017-18 fiscal and 7.7% in 2018-19 fiscal. The report has stated that the disruptions caused by the demonetisation would be offset by a favorable monsoon and continued progress in resolving supply-side bottlenecks. However, it has predicted the investment recovery to remain modest and uneven across sectors. Though weaknesses in bank and corporate balance sheets is likely to affect the near term credit growth, the report cites confidence and policy credibility gains and continued fiscal consolidation and anti-inflationary monetary policy to be the factors that underpin macroeconomic stability.
According to the report, IMF has recommended the removal of long-standing structural bottlenecks to enhance market efficiency. The report has revised the growth downward in India due to effects from the currency exchange initiative and in South Korea due to political uncertainty.
According to the report, improving agricultural productivity in the labour-intensive agricultural sector remains a key challenge. It has said that much more needs to be done to address structural bottlenecks and improve market efficiency. Liberalising commodity markets as per the report will help in infusing more flexibility in the distribution and marketing of farm produce and will enhance the competitiveness, efficiency, and transparency in state agriculture markets. IMF has said that input subsidies to farmers should be administered through direct cash transfers as underpricing of agricultural inputs would have large negative impacts on agricultural output.

International Monetary Fund (IMF) was established on December 27, 1945 with stated objectives to promote international economic cooperation, international trade, employment, and exchange rate stability, including by making resources available to member countries to meet balance of payments needs. Its headquarters are in Washington, D.C. The IMF works to improve the economies of its member countries.