Govt & IIT-B to form Centre of Excellence in Gaming 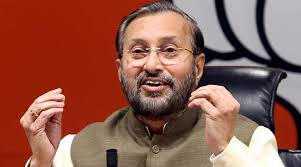 The Union Minister for Information & Broadcasting said that the Ministry of Information and Broadcasting is associating with IIT Bombay to form a Centre of Excellence in gaming and other related areas.

This announcement was made while addressing a virtual exhibition and prize announcement of “Khel Khel Mein” which us a Pan Maharashtra toy or game project design competition. The minister highlighted that the Central government is at an advanced stage of preparation. This centre of excellence (CoE) in gaming will come into effect when the new session will begin in 2021.

What is the need of CoE?

The minister highlighted that there are games like PUBG and other games on which is played on mobile and other gadgets. There games are “violent, explicit and addictive in nature”. It also creates a complex in mind of children. He also said that, criticising such games is not the solution. There is a need to create our own games and apps in order to comply with the “Make in India initiative”. The centre of excellence will help in achieving this motive.