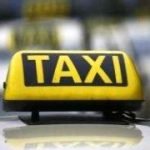 The Union Government has constituted a three member committee to prepare a policy framework for online taxi aggragators and other transport operators.
The committee will be headed by Sanjay Mitra, Secretary of Union Ministry of Road Transport & Highways.
Its other two members are Joint Secretary, Union Ministry of Road Transport & Highways and Delhi Transport Commissioner.
The committee was constituted after taxi and other transport operators had appraised the situation emerging from Supreme Court’s order and directions of Environment Pollution Control Authority of banning diesel taxis in the National Capital Region (NCR).
It will look into these issues and come up with appropriate recommendations to address the same in a time bound manner.
SC Rulings