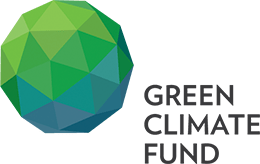 UN-backed fund Green Climate Fund (GCF) has approved US $43.4 million for enhancing climate resilience for millions of people living in India’s coastal communities as part of its efforts to combat extreme impacts of climate change. The grant is part of more than US $1 billion approved by 21st meeting of GCF Board held in Bahrain’s capital Manama for 19 new projects to help developing countries tackle climate change.

This GCF funded multi-dimensional project in India will focus on selected vulnerable areas of Andhra Pradesh, Maharashtra and Odisha states. It will help to enhance resilience and adaptability and also lead to emissions reduction while providing support to local communities for their livelihoods.
This project will be supported through United Nations Development Programme (UNDP). The project activities will focus on restoration and conservation of over 15,000 hectares of mangroves, coral reefs, seagrasses and saltmarshes. Communities, including local youth, will be trained to work with scientists in monitoring ecosystem health and coastal ecology.
The innovative project will create online decision-support tool available via mobile phone for use by government officers, academic institutions, community members and scientists for strengthening climate risk-informed coastal management and infrastructure planning. The project will also build local knowledge of climate change and the associated risks via training and public education programmes.

It will help communities to establish more climate-resilient livelihoods, thus contribute to global efforts to reduce greenhouse gas emissions – over 3.5 million tonnes of CO2 will be absorbed through restored ecosystems. It will also have considerable long-term environmental benefits including healthier ecosystems, better biodiversity conservation and improved buffering against climate change-driven extreme weather. It will be also essential step for India in reaching its goals outlined in Paris Agreement and 2030 Agenda for Sustainable Development.

India’s coastal areas are quite vulnerable to climate change. Its coastline is expected to be among regions most affected by climate change globally. Bay of Bengal and Arabian Sea are both predicted to be subject to extreme climate variability, with extreme weather events and frequency and intensity of cyclones projected to increase, particularly on eastern coastline. India has about 6,740 km2 of mangroves, including some of largest mangrove forests in the world. Mangrove cover along India’s coastline has decreased by 50% in some areas, largely because of human pressures, including alteration of flow of freshwater from upstream. Sea-level rise is predicted to result in further reductions.