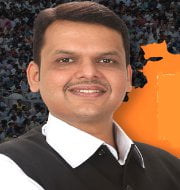 On November 23, 2019, Mr Devendra Fadnavis was sworn in as Chief Minister of Maharashtra. The governor has given him time till November 30, 2019 to prove his majority. This contradicts Supreme Court’s orders that were passed in last two decades.

The Supreme Court in its previous judgements have pronounced that floor tests should follow within 24 to 48 hours of swearing-in. This is because, it will increase risks of horse trading and corruption.

The concept of floor test was introduced by the SC’s judgement in 1994 in SR Bommai case. SC referred to Article 164 of the constitution. SC interprets the article’s words “Council of ministers shall be collectively responsible to the Legislative Assembly of the state” as the ultimate test of majority is not held in Raj Bhavan but on the floors of the assembly.

In 2018, SC ordered a floor test within 24 hours after BJP leader Mr Yeddyurappa was sworn in as the CM of Karnataka.

In 2005, SC ordered an immediate floor test to see which of the political alliances has majority in the house of Jharkhand

In 1998, SC ordered for a floor test to be held within 48 hours to determine majority in the Uttar Pradesh assembly.