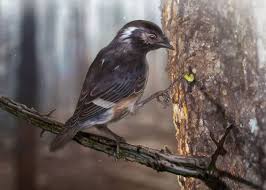 In 2014 fossil of Elektorornis chenguangi, a small bird which lived nearly 99 million years ago, with a weird elongated toe were discovered in amber tree resin in  Hukawng Valley of Myanmar.

The study was led by Lida Xing, a palaeontologist at China University of Geosciences who specialises in Cretaceous birds and was published in Current Biology.

The bird was found partially buried in amber (fossilized tree resin) with its lower leg and foot remained undisturbed in hardened tree resin until amber miners eventually discovered fossil in Hukawng Valley in 2014.

Preserved toe of bird measures less than half an inch (O.5 inch) from knuckle to claw-tip, which makes it 41% longer than next longest digit on creature’s foot.

Its elongated toe structure has never been observed in other birds either living or even extinct.

Probable Reason: Elektorornis chenguangi may have used long, sensitive digit to probe cracks in trees for insects and grubs.

A framework agreement has been signed by the Myanmar government and ten armed ethnic groups to imple...