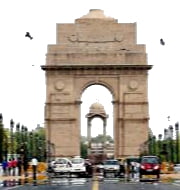 National Capital of India, Delhi has been ranked 44th among the world’s 50 ‘future-ready economies cities’ that are embracing technology for growth.
It was revealed by the recently released report ‘Future-Ready Economies Model’ by the Information Technology major Dell.
Key facts