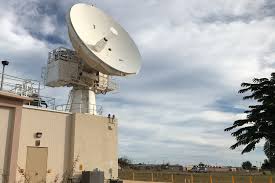 Furnace Creek of the Death Valley in the Southern California desert recorded its highest air temperature on Earth since July of 1913. The Weather Prediction Center of the National Oceanic and Atmospheric Administration measured 54.4 degrees Celsius temperature in that area. However, the verification of the recorded temperature is yet not confirmed by the concerned authority.

What is Death Valley?

Death Valley is a graben (a down-dropped block of land between two mountain ranges), located in Eastern California region. Due to its location in the rainshadow area of four mountain ranges, the valley is extremely dry in nature. According to scientists, the high temperature is caused by Solar heating, warm air tapping, warm air migration, hot mountain winds.

Why is it making news?

Death Valley is considered one of the  hottest places on Earth. It is best known for creating a record for the highest recorded air temperature on Earth at 56.7 degrees Celsius on 10th July 1913. Recently, the thermometer near the area has soared to 54.4 degrees Celsius, which is the highest temperature in more than a century.

The National Oceanic and Atmospheric Administration is a scientific agency in America, associated with the observations regarding the conditions of the oceans, major waterways, and the atmosphere.

What are the other hottest places in the world?