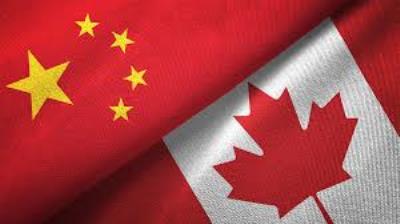 The Foreign Minister of Canada, Francois-Phillipe Champagne has promised to review the $6.8 million worth of security equipment purchase from a Beijing-based tech company with very close connections with the highest levels of the Chinese Communist Party.

Nuctech, a company owned by the Chinese Government and founded by the son of former General Secretary of the Chinese Communist Party, Hu Jintao, has been awarded a deal by Global Affairs Canada to install X-Ray Scanning equipment and software systems to provide security for 170 Canadian Embassies, high commissions and consulates worldwide. However, now the Canada government has announced that all kinds of security-related review will be ensured for this deal.

The development comes as Nuctech has been accused in the past of engaging in controversial business practices in various continents including Asia, Africa and Europe, including offering soft loans and illegal dumping. Even the US Media has reported cases including one in Namibia in which this company secured an X-Ray scanner contract by giving kickbacks of $12.8 million. It is also being alleged that these state-owned companies are allowed to bid at a lower rate than the other companies and that is why; they get these deals easily.

Even in Europe, there is concern that Nuctech is trying to make rapid inroads providing services to border security facilities by indulging in unfair trade practices. The main objective is to increase the influence of Beijing in several countries on the continent.

These companies are anti-competitive and also benefit from stolen technologies. Their main objective is to take over and undermine western technologies.