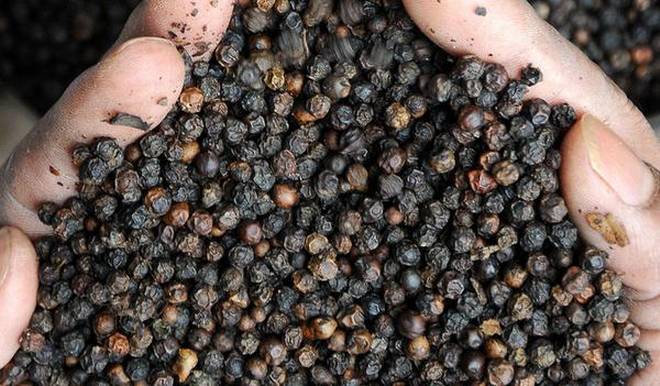 The Codex Alimentarius Commission (CAC) has adopted three Codex standards for black, white and green pepper, cumin and thyme. It is for first time pepper, cumin and thyme, spices will have such universal standards.
These standards were adopted at 40th session of CAC held in Geneva. The adoption of Codex standards paves the way for universal agreement on identifying quality spices in various countries. It also set reference points and benchmarks for member-nations to align their national standards for spices with Codex.

With the approval of the Central government, the Spices Board India (SBI) had submitted a proposal to CAC for harmonizing the standards for spices and culinary herbs. SBI is the flagship organization of the Commerce Ministry for export and promotion of spices from the country.

The adoption of Codex standards for the three spices will help evolve a common standardisation process for their global trade and availability. It will bring harmony to the global spice trade and ensure availability of high quality, clean and safe spices to the world. It is also considered as major recognition of India’s efforts to benchmark global spices trade.

The Codex Alimentarius (Food Code) is a collection of standards, guidelines and codes of practice adopted by the CAC. The Commission is the central part of the joint FAO (Food and Agricultural Organization of the United Nations)/WHO (World Health Organisation) Food Standards Programme. Its mandate is to prepare an international codex alimentations, based on principles outlined by itself.

Purpose of the Codex Alimentarius

The Codex alimentarius is a collection of internationally adopted food standards presented in a uniform manner. These food standards aim at protecting consumer’s health and ensuring fair practices in the food trade. It includes standards for all the principal foods, whether processed, semi-processed or raw for distribution to the consumer. It is also include standardised provisions in respect of food additives, contaminants, pesticides residues, labelling and presentation, methods of analysis and sampling.