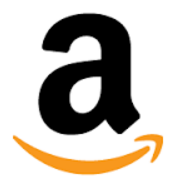 Amazon has completed its first delivery by drone to a customer near Cambridge, England. The online giant wants to set this trend of automated shipments by air. The delivery process was carried out by a quadcopter drone delivering an Amazon Fire TV box along with a bag of popcorn to a customer near Cambridge. With this, Amazon has started its Prime Air drone deliveries. The online giant has been testing drone deliveries in the US and has found that the regulatory environment in the United States to be more cumbersome. Amazon managed to get British approval for flying drones this year in rural and suburban areas.

In the US, the first commercial drone delivery happened in July when drone startup Flirtey transported a chicken sandwich, hot coffee and donuts from the convenience store 7-Eleven to a customer residing in Nevada. In 2013, Amazon announced its plan to transport shipments by air to customers within 30 minutes after the orders were received. Google parent Alphabet is also testing its own drone delivery service – Project Wing