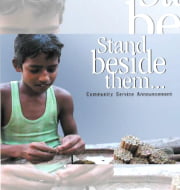 All India Radio’s (AIR’s) Programme on child labour titled Nilkkam Ivarkkoppam has won the first prize at the 2015 Asia-Pacific Broadcasting Union (ABU) Prize ceremony.
The programme has won the award under the Community Service Announcement category at the 52nd General Assembly of ABU held in Ankara, Turkey.
Nilkkam Ivarkkoppam meaning Stand Beside Them is Malayalam programme. It has been scripted and produced by Biju Mathew, programme executive at AIR Thiruvananthapuram.
The ABU prize is considered to be one of the most prestigious awards in the broadcasting industry. The award carries of a cash prize of 2,000 dollars, a certificate, and a statuette.