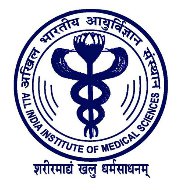 The Union Health Minister, Dr Harsh Vardhan, has inaugurated a new Out-Patient Department (OPD) Block at the All India Institute of Medical Sciences, New Delhi, named after the renowned freedom fighter and also the first-ever Health Minister of the country, Rajkumari Amrit Kaur. Apart from this, the Union Health Minister also advised the AIIMS officials to start operations of the Mother and Child Block, Elderly Block and Surgery Block so that people can get the benefits at the earliest.

Highlights of the OPD Block

The OPD Block has been constructed on an area of around 6300 sqm and it is the largest known OPD Block in the country. The new block has a SMART Lab constructed at the cost of 15 crores. This will help in connecting various analyzers and technologies in a single integrated workflow. The pre-analytics, post-analytics and analytics all are connected by a robotic track and they are also integrated by technology.

This block will be able to conduct up to 2 lakhs tests per day, with a handling capacity of 10000 patients every day. It is the largest such track-based laboratory automation set-ups across Asia-Pacific and the commendable thing is that it has been commissioned within a year.

She was an Indian politician and activist. Due to her long-lasting relation with the Indian National Movement, she was appointed the first-ever Health Minister of Independent India. She was in office from 1947 to 1957. During her tenure in office, she advocated many changes in the health sector of the country and she was also known for promoting the rights of women in various spheres of the society. She passed away in 1964.