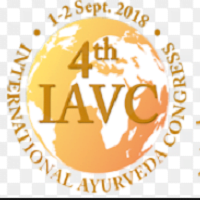 Fourth International Ayurveda Congress (IAvC) was held in Leiden, Netherlands from September 1 to 2, 2018. It was inaugurated by Minister of State, (IC), for AYUSH Shripad Yesso Naik. The Congress was jointly organized by International Maharishi Ayurveda Foundation, Netherlands; All India Ayurvedic Congress, New Delhi and International Academy of Ayurveda, Pune in association with Indian Embassy in Netherlands.

India has long history and culture running over 5000 years of using traditional medicines for health care and developing them with modern scientific outlook. AYUSH is acronym of tradition medical systems that are being practiced in India such as Ayurveda, Yoga and Naturopathy, Unani, Siddha and Homoeopathy which are collectively abbreviated as AYUSH.