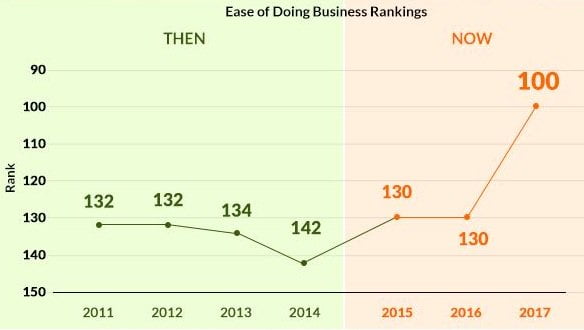 India was raked 63rd in World Bank’s Ease of Doing Business ranking released on October 24, 2019. The ranking comes when the leading financing institutions including RBI, World Bank and IMF are slashing country’s growth forecasts. In 2014, India was ranked 142 among 190 countries. As compared to 2018, India moved up 14 places in the ranking mainly due to several reforms in the trade and commerce sector.

The ranking is framed based on 10 indices. It includes starting a business, registering a property, dealing with construction permits, getting credit, paying taxes, enforcing contracts, trading across borders, protecting investors, etc. The first set of ranking was prepared by the world Bank in 2003.