What is Solar Facility? 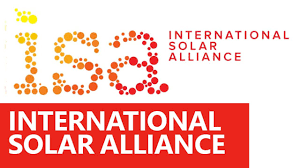 The ‘Solar Facility’ has been approved by the International Solar Alliance at its 5th Assembly Meeting.

The Assembly is the top decision-making body of the ISA. It convenes annually at the ministerial level to take key decisions towards the implementation of the Alliance’s framework.  The 1st ISA Assembly Meeting was organized in 2018 in Greater Noida. The Delhi Solar Agenda was adopted at this meeting. The 5th Assembly of the ISA was held at New Delhi. 109 countries attended this 4-day event.  India was re-elected as the ISA President and France as the Co-President for the next 2 years. The Assembly has approved the SolarX Grand Challenge, focusing on decentralized solar energy solutions in the fields like health, agriculture, small-scale industries, etc. from innovators and startups. This challenge has 3 advantages – promoting solar energy sector, reducing gap of energy crisis and promoting solar start-up ecosystem

The ISA is an initiative launched by India and France on the side-lines of COP-21, Paris in 2015. The Alliance seeks to collectively address the challenges in the way of solar energy adoption. It is headquartered in Gurugram, India.  As of now, 106 countries have signed the Alliance’s Framework Agreement. Of these, 86 countries have ratified the agreement.