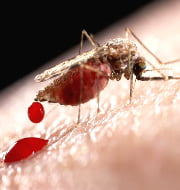 The Uttar Pradesh Government has launched a three-day campaign against Filaria as GoI has set a target of eradicating Filaria completely by 2021. The campaign began on November 25, 2019 and is to run till December 10, 2019.

The campaign will cover 47 districts and will aim at eradicating Filaria from Uttar Pradesh. The campaigning team will reach every door and provide medicines. The medicines include one tablet of DEC and one tablet of Albendazole. All the age group from children to elderly are to be covered. The dosage of the medicines is fixed according to the age of the persons.

According to WHO, Filaria is the second-largest disease that makes people handicapped on a large scale. The organization says that around 65 million Indians are at the risk of the disease and 4.5 lakh are already suffering from Filaria.

In India, most of the Filarial outbreaks are found in eastern Maharashtra and Malabar coasts.

Filaria is spread through Culex fatigans female mosquito. The disease is caused by the Filarioidea type roundworms.

In June 2018, India hosted the Global Alliance to eliminate Filariasis. The meeting was held in New Delhi. The organization aims at bringing together public and private organizations to fight against the disease. It also focuses on mobilization of political, technical and financial resources to eradicate the disease completely.