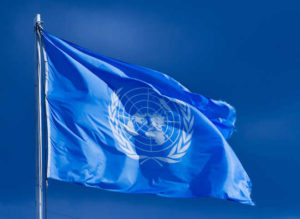 The United Nations World Economic Situation and Prospects report has said that, the world economy is expected to recover slightly by 4.7 percent in the year 2021. The economy had declined by 4.3 percent in 2020 because of COVID-19 pandemic. The report highlights that, this loss in 2020 was more than double the impact of the global financial crisis in 2009.

The United Nations Conference on Trade and Development (UNCTAD)

The UNCTAD was established in the year 1964 by the United Nations General Assembly as a permanent intergovernmental body. It has been headquartered in Geneva. The body is the part of the United Nations Secretariat that deals with trade, investment, and other development issues. UNCTAD works with the objective of maximizing the trade, investment and development opportunities of developing countries.  It also seeks to assist them in their efforts to integrate into the world economy equally. The organisation submits its reports to the UN General Assembly and United Nations Economic and Social Council. UNCTAD works with the objective of formulating the policies related to all aspects of development such as aid, trade, finance, transport, and technology. The organisation held its meeting once in four years.