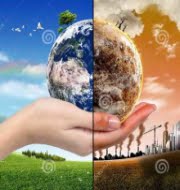 The longest climate talks in the history of United Nations that was held in Madrid, Spain, ended on December 15, 2019. The climate summit ended without crucial agreement on carbon market rules of the Paris Agreement.

The key issues that was aimed to get resolved at the summit was the regulation of carbon market. Carbon market puts prices on carbon dioxide emission. However, no conclusion was reached and the issue is to be taken at the next summit to be held at Glasgow in 2020. The summit failed to reach an agreement on the implementation of Article 6 of Paris Agreement.

The United Nations Environment Programme released its Emission Gap Report at the summit. Also, the report of Global Carbon Project was tabled at the summit.

The Presidency of the summit, Chile (though summit was held at Madrid, Spain), launched the Climate Ambition Alliance.

The article 6 aims at promoting approaches to implement the NDC (Nationally Determined Contributions) through voluntary international cooperation. It also establishes a trading system where in the countries with low emission are allowed to sell their exceeding allowance to countries with larger emissions.

Last year at the COP24, countries US, Saudi Arabia, Kuwait and Russia refused to welcome the IPCC 1.5C report. This year majority of the members are not willing to reduce their emissions at the pace suggested by the conference. According to World Resources Institute NDC tracker, only 80 countries have so far submitted proposals to enhance their NDCs. These countries are primarily small and developing. They represent only 10.5% of the world population.