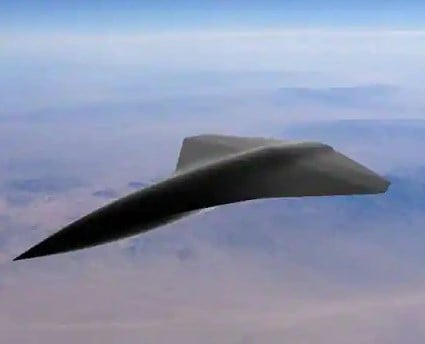 Recently, Singapore-based Kelley Aerospace (UAV building firm) officially launched the world’s first supersonic unmanned combat aerial vehicle (UCAV). This jet is capable of travelling faster than sound, reaching as high as Mach 2.1. It has minimal radar cross-section and infra-red signature. It is capable of being a decoy and can engage with enemy fighters or jam adversary’s communications. These UAVs can be controlled either by a pilot combat aircraft or by ground stations.