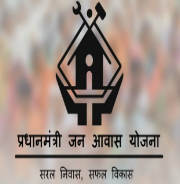 Under state government’s ARHC scheme; beneficiaries include poor migrants, students, urban migrants, low-income groups including factory workers, people from economically weaker section (EWS) and people associated with hospitality. Preference will be given to people from widows, working women & minorities, scheduled castes, scheduled tribes and other backward classes. Preference will be subject to provisions made by state government. This scheme will be implemented under Pradhan Mantri Awas Yojana (Urban) to promote participation of private and public institutions to construct, operate and maintain rental housing complexes for the beneficiaries.

ARHC scheme will be implemented in two models. First model will convert vacant houses funded by central or state government into an Affordable Rental Housing and Complexes through an agreement. While, under the second model, public or private entities will build, operate and maintain the ARHC on their available vacant land.

All projects under this scheme will be used as rental accommodation for a minimum of 25 years. If it is used for any purpose action will be taken against the concerned agency by competent authority.

It is an initiative by Government of India to provide affordable housing to the urban poor. It has a target of building 2 crore affordable houses by March 31, 2022. Pradhan Mantri Awas Yojana (Urban) and Pradhan Mantri Awas Yojana (Gramin) are two components of the scheme. Scheme has been converged with other schemes. For instance, Swachh bharat Mission for toilet in houses, Ujjwala Yojana for LPG connection, Saubhagya Yojana for electricity connection, access to drinking water and Jan Dhan banking facilities etc.