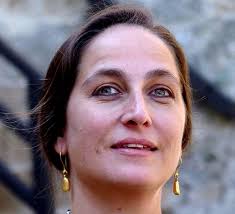 Veteran theatre personality and the daughter of Bollywood star Shashi Kapoor, artist Sanjna Kapoor is to be presented with the French honor, Knight of the Order of Arts and Letters. The Culture Minister of France, Franck Riester, who is currently on an official visit to India, is expected to confer the prestigious award on Sanjna Kapoor in a proposed ceremony.

Sanjana Kapoor acted in several plays and revived the Prithvi Theatre in Mumbai, which was founded by her parents in tribute to Prithviraj Kapoor.  In 2012, for increasing the reach of arts and theatre, she co-founded an organization named ‘Junoon’ which works on the objective to attract wider audiences through innovative initiatives. The Knight of the Order of Arts and Letters was instituted in the year 1957 by the French Government and has been conferred on the bases of creativity in the field of literature and arts, regardless of nationality. Noted Indian to have been conferred with the honour to date includes Shah Rukh Khan, Aishwarya Rai and Hariprasad Chaurasia among others.