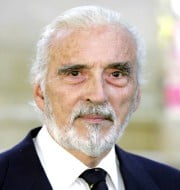 Legendary English actor, singer and writer Sir Christopher Lee passed away in London, United Kingdom. He was 93.
The veteran actor was famously known as the master of horror for his famous villainy acting roles in numerous movies such as Dracula, The Wicker Man, James Bond, Lord of the Rings trilogy etc.