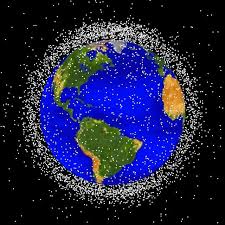 In order to solve the problem of space debris, Japanese researches are to launch wooden satellites by 2023.

What are wooden satellites?

These satellites are made of wood. They will burn up without releasing harmful substances into the atmosphere when they plunge back to the earth. With this the satellite will not leave out any waste in space after it completes its service or when it becomes de functional.

Who is designing wooden satellite?

The wooden satellites are being designed by the Sumitomo Forestry and Kyoto University. The Sumitomo Forestry is a 400-year-old wood working company of Japan. Both the entities will research on tree growth and use of wood materials in space. They will experiment different types of wood in extreme environments on the earth.

What is the issue of space debris?

All the satellites that re-enter the earth atmosphere burn and create tiny Alumina particles. These particles float in upper atmosphere for many years. According to NASA, 95% of man-made objects in orbit were space junk. These objects are dangerous to functioning live satellite.

How are space debris created?

According to European space agency, there are 128 million pieces of debris in the orbit. Out of these only 34000 objects are larger than 10. However, when these larger objects collide, they produce smaller ones. The smaller particles can travel more than 20000 miles per hour that collide with other particles to make even more smaller particles.

Why are wooden satellites needed?

According to World Economic Forum there are more than 6000 satellite circling the earth. Out of these 60% of them are de-functional. It is estimated that thousand satellites will be launched every year this decade. With this there will be 15000 satellite by 2028. Therefore, potential damages to live satellites will increase.

In 2006 a very tiny piece of space debris collided with the International Space Station and took out a chip of the heavily reinforced window. This costed severe damages. Therefore, it is essential to develop solutions like wooden satellites to completely remove space debris.