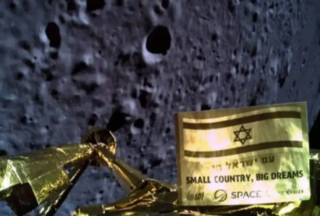 World’s first privately funded lunar Mission Beresheet crashed on the Moon. Beresheet crashed during a landing attempt. It is said that the spacecraft had problems with its main engine during its descent that left it unable to slow down in time before it smashed into the lunar surface.

Israeli Prime Minister Benjamin Netanyahu and SpaceIL have announced that the team will now start working on Beresheet 2.0.