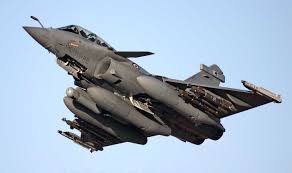 India had concluded an Inter-Governmental Agreement (IGA) with France for the purchase of 36 Rafale fighter jets. The deal was done at a cost of €7.87 billion. The delivery of all the Rafale has to be completed by 2022. With all the 36 Rafale delivered by 2022, it will take it to 32 squadrons.

Thus, the induction of the Rafale Aircrafts in the Indian Air Force will provide India a superior Nuclear Strike capability. It is going to enhance India’s nuclear capability together with the Sukhoi Su-30 and Mirage-2000.