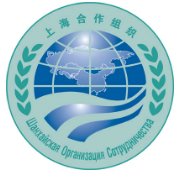 Also, the preparation of the SCO Summit in St Petersburg, Russia was also discussed. It is scheduled to be conducted on June 9-10, 2020.

The minister expressed India’s readiness in sharing information and expertise in the fight against COVID-19. Also, he mentioned about the economic package that was announced in India on May 12, 2020.

The Shanghai Cooperation Organization was formed in 2003. It extended its membership to 8 countries in 2017 after joining India and Pakistan. It covers three-fifths of the Eurasian continent.

The members of SCO are India, Kazakhstan, Tajikistan, Kyrgyzstan, China, Russia, Pakistan and Uzbekistan. The Observer states of the organization are Iran, Belarus, Afghanistan and Mongolia.