India, Afghanistan and Iran met to discuss on Chabahar port 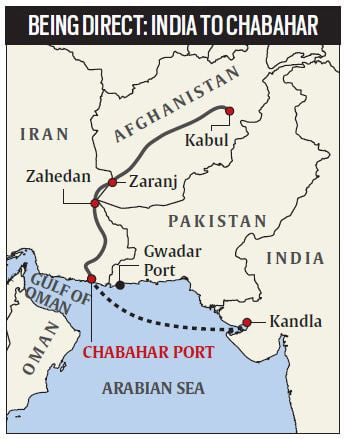 On December 20, 2019, India, Afghanistan and Iran met at New Delhi to discuss the issues in the implementation of Chabahar port in Iran. The port is considered as a gateway of opportunities with Central Asian Nations by all the three countries.

The work of the Chabahar port is being conducted by the Port Global Ltd Company and the progress of the project was welcomed by all three countries. It was also agreed to include Mormugoa and New Mangalore ports of India under the Chabahar Agreement. It was also decided that a study will be conducted by Freight Forwarder Association in India to streamline the cargo transit in the country. The professionals of the meet also agree to finalize a protocol to harmonize transit of goods, consular matters and customs and till then the TIR convention is to be used.

The meeting also high lightened that the port has handled 5 lakh tons of cargo in 2019. It includes exports from Afghanistan from the port that began in February 2019.

The first meeting of the committee was held in October 2018. The third meeting is to be held in the first half of 2020.