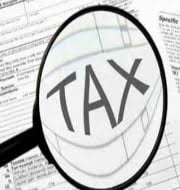 Lok Sabha has passed the Taxation Laws (Second Amendment) Bill, 2016 in the Lok Sabha. The Bill was introduced as some of the existing provisions of the Income Tax Act, 1961 can possibly be misused for concealing black money. The new bill attempts to impose a higher rate of tax and penalty in respect of undisclosed incomes.

The bill has proposed an alternative Scheme called as “Taxation and Investment Regime for Pradhan Mantri Garib Kalyan Yojana, 2016’ (PMGKY)”. Under this scheme, the declarant who voluntarily discloses unaccounted, now banned 500 and 1000 rupee notes, (deposited in banks between November 10 and December 30), will be required to pay penalty at 10% of the undisclosed income and tax at 30% of the undisclosed income. In addition, a surcharge called as “Pradhan Mantri Garib Kalyan Cess” at the rate of 33% of tax will be levied on the declarant. In sum, tax, surcharge and penalty will take the total levy to 50% for the unaccounted demonetised cash that is disclosed voluntarily till December 30. Further, the declarant has to deposit 25% of the undisclosed income in a Deposit Scheme that will be notified by the RBI under the ‘Pradhan Mantri Garib Kalyan Deposit Scheme, 2016’. The amount deposited under this scheme will be locked in for 4 years and would be utilised for implementing the schemes pertaining to irrigation, housing, toilets, infrastructure, primary education, primary health, livelihood, etc.

After December 30, 85% tax and penalty will be levied on undisclosed wealth that is discovered by authorities. Accordingly, the bill will amend Section 115BBE of the Income Tax Act to levy 60% tax and 25% surcharge for black money holders who discloses after PMGKY ends. Further, an additional 10% penalty will be levied once it is established that the undeclared wealth is unaccounted. In sum, the total levy after PMGKY ends will be 85%.