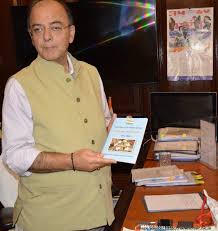 Aims of the action plan: Transform cross border clearance ecosystem through efficient, transparent, risk based, co-ordinated, digital, seamless and technology driven procedures supported by state-of-the-art sea ports, airports and land borders.
Objectives of the action plan: Achieve improvement in ease of doing business by reduction in cargo release time and cost, transparent and predictable legal regime, move towards paperless regulatory environment and improved investment climate through better infrastructure.
Activities listed in the Action Plan: It lists out specific activities which would be carried out by all regulatory agencies like Customs, Drug Controller, Plant Quarantine, FSSAI, DGFT etc. in time bound manner. The co-ordination among all the stakeholders is the key to achieve the objective of Trade facilitation.
It not only covers the activities coming under the TFA but also goes beyond the ambit of TFA, defined as TFA Plus category. It covers many activities in the areas of infrastructure augmentation, particularly the road and rail infrastructures leading to ports, airports, Land Customs stations, ICDs that cuts across all stakeholders for which various ministries like Civil Aviation, Shipping, Railways, Home Affairs, Road transport and Highways, Finance, Commerce etc have been assigned specified targets. All actions falling under the plan have been categorised by prioritising the activities into short term, mid-term and long-term activities.
Monitoring of the plan: The plan will be monitored by the Steering Committee (the operational arm of the NCTF) chaired by the Revenue Secretary and the Commerce Secretary. Further it will be reviewed by the Cabinet Secretary.