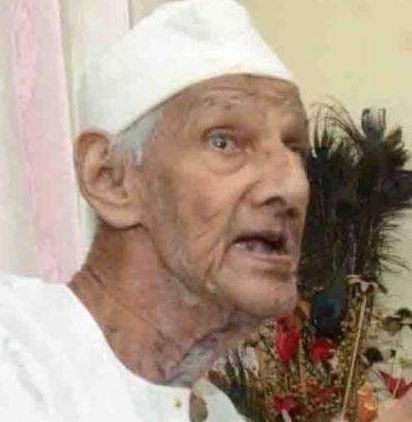 Freedom fighter K.E. Mammen passed away due to age-related diseases in Neyyatinkara, Kerala. He was 96. He was a pacifist and adherent follower of Mahatma Gandhi

He was born into the renowned Kandathil family on July 31, 1921, in Thiruvananthapuram. He was a staunch believer of Gandhian principles and led an austere life. From an early age, he had lent his support for the freedom struggle. He became active in the freedom movement as a college student.
He was first jailed for taking an open stand against Sir C.P Ramaswamy Iyer, the then Dewan of the erstwhile Travancore state. Later he participated in the Quit India Struggle. In recent years, he was an active social worker, forefront in the anti-liquor campaign in Kerala.