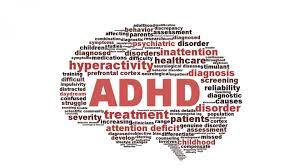 The FDA of the US recently approved the ADHD drug for treating patients in the age group of 6 to 17 years. ADHD is Attention Deficit Hyperactivity Disorder. The ADHD drug belongs to a group of medicines called stimulants. These drugs work by increasing the activity of the brain. Several controversies have arisen in the US as the FDA has approved the ADHD drug. This is the first ADHD drug approved by FDA in ten years.

What are the controversies over the approval?

The ADHD drug that has been approved by the FDA is called Qelbree. Qelbree was developed by Supernus Pharmaceuticals of Rockville, Maryland. The controversies over the approval of Qelbree are due to the fact that it carries a warning of “potential for suicidal thoughts and behaviour”.

ADHD in the US

The ADHD affects more than six million American children and adolescents in the United States. These children struggle to pay attention and complete tasks. They also show signs of impulsiveness and fidgeting.

There are two categories of ADHD Drugs. They are Stimulants and Non-Stimulants. According to FDA, the stimulant medications increase dopamine levels in brain. Dopamine is a brain chemical that is associated with motivation and attention. However, stimulant medications can bring side effects such as high blood pressure, headaches, insomnia and decreased appetite. Most of the ADHD drugs are classified as Schedule II substances as they pose risk of abuse and dependence.

The ADHD affects 2% to 7% of children globally. In India more male child were found to have ADHD. 83.3% of the patients in India discontinue taking their medicines within the first month. The Indian parents cite the following reasons for stopping the medication: